← more from
Kill Rock Stars
Get fresh music recommendations delivered to your inbox every Friday.
We've updated our Terms of Use. You can review the changes here. 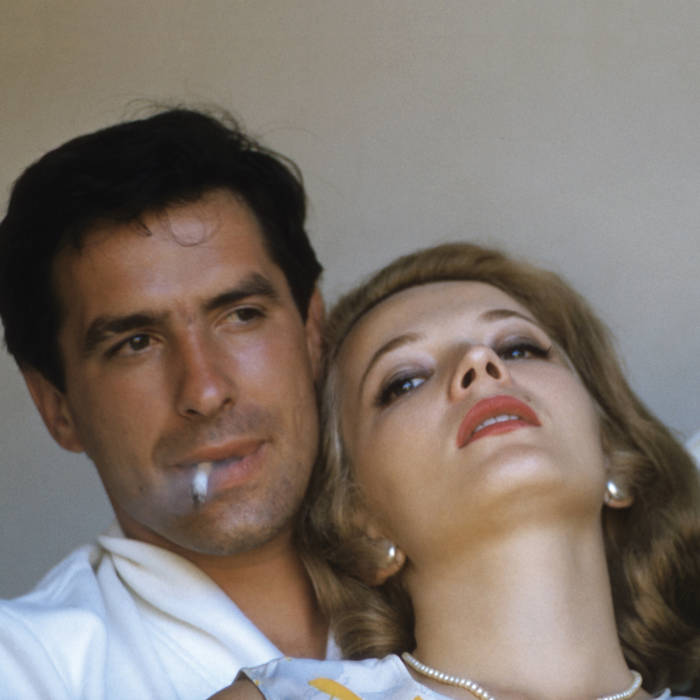 RxGF This record really kicks ass. The best stoner rock instrumentalists on the planet. They own that niche and a few others too IMHO. Favorite track: Detroit Trickle Down.

Anthony This album rocks hard. Favorite track: Drink Up and Be Somebody.

Sometimes you just want to play FASTER. For a band whose extensive discography has historically been primarily instrumental and prone to modifying adjectives like “post-“ and “space-“, the last couple of years have been a left turn down a twisted alley of fuzz pedals, blown tube amps, and a kind of raw power befitting of the Stooges. There are quiet moments here and there but you get the feeling they’re only there so the drummer can catch his breath. 7 (or 8) finds Kinski sounding heavier, faster, and even more self-assured, picking up where 2013’s Cosy Moments left off but also pushing their sound into even more singular territory.

7 (or 8), the title itself a wry observation echoing the confusion created by their extensive catalog, is in fact their SEVENTH (or eighth depending who you ask) LP and second for new label home Kill Rock Stars, having previously released several LPs on Sub Pop and other discerning independent labels. Recorded and mixed in San Francisco at El Studio with Phil Manley (of Trans Am), 7 (or 8) comes in the midst of a more prolific period for the band. “It always takes us awhile to write a record but this one came quickly. We’ve stopped worrying about it so much and just get on with it, which is easier on the soul,” says guitarist/singer Chris Martin. This mindset, alongside their newfound lyricism, has revealed a band that is slyly self-aware, hinted at through years of tongue-in-cheek song titles but now fully evident. The quicker pace has also instilled a palpable confidence and energy on record.

That being said, 7 (or 8) hits like a ton of bricks. The double helping of riffs in the form of “Detroit Trickle Down” and “Flight Risk” leave the listener nearly out of breath. Martin, Lucy Atkinson (Bass), Matthew Reid-Schwartz (Guitar), and Barrett Wilke (Drums) stretch out a bit over the course of the record, marrying their more expansive sound with proto-punk fury, but they rarely let up until the last song, album highlight “Bulletin of the International String Figure Association”. One of the last songs written for the record, “Bulletin…” eases into a nearly 11 minute crescendo of rock bliss, gently flirts with a string section at the same time, and then floats back down to Earth in a perfect denouement. Like John Cassavetes and Gena Rowlands on the cover, Kinski strive to make art that is uncompromising and on their own terms and 7 (or 8) is a refreshing reminder that rock music in 2015 can still be a unique and cathartic experience.

Mille Petrozza stops by to talk about the new Kreator album, plus music by Trauma Bond