← more from
Sub Pop
Get fresh music recommendations delivered to your inbox every Friday.
We've updated our Terms of Use. You can review the changes here.

Down Below It’s Chaos 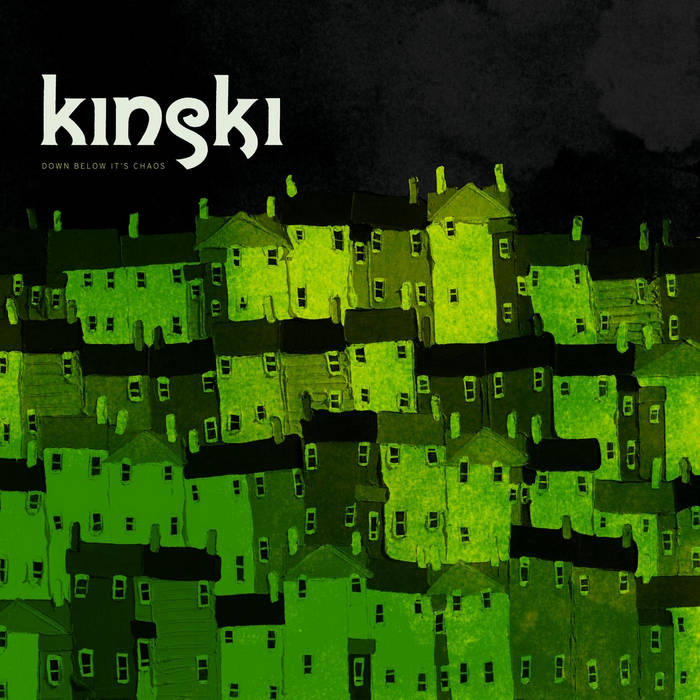 neu-mann A shift away from the underground Psych-Rock of earlier recordings toward the more streamlined riffs of the band's later releases, but still sounding like an attempt to effect the greatest impact with the fewest possible chords, most of them played very loud. Favorite track: Silent Biker Type.

Kinski is a four-piece rock band from Seattle, WA. Their unique evocation of avant-rock is deconstructionist and heady, but also emotive and visceral. NME described Kinski as: “Like Sabbath in a washing machine during a power surge.” Comprised of guitarists Chris Martin and Matthew Reid-Schwartz (Matthew also plays keyboards and flute), bassist Lucy Atkinson, and drummer Barrett Wilke, Kinski have toured with Mission of Burma, Comets on Fire, Oneida, Mono, Acid Mothers Temple, Black Mountain, and most recently opened a month of dates for Tool on their spring ’07 tour. Produced and recorded by Randall Dunn (Earth, Sunn O))), Boris) at his Aleph Studio in Seattle, Down Below It’s Chaos is Kinski’s 3rd full-length for Sub Pop. With the notable inclusion of 3 songs with subdued yet urgent vocals courtesy of Chris Martin, the new record is a kaleidoscopic mix of Kinski’s expansive, over-driven power and intricate beauty. With majestically fuzzed-out guitar tones, spare and pounding rhythms, and swirling sonic textures, Down Below It’s Chaos sums up Kinski’s past and propels them into the ozone. What’s left of it, that is.

Mille Petrozza stops by to talk about the new Kreator album, plus music by Trauma Bond